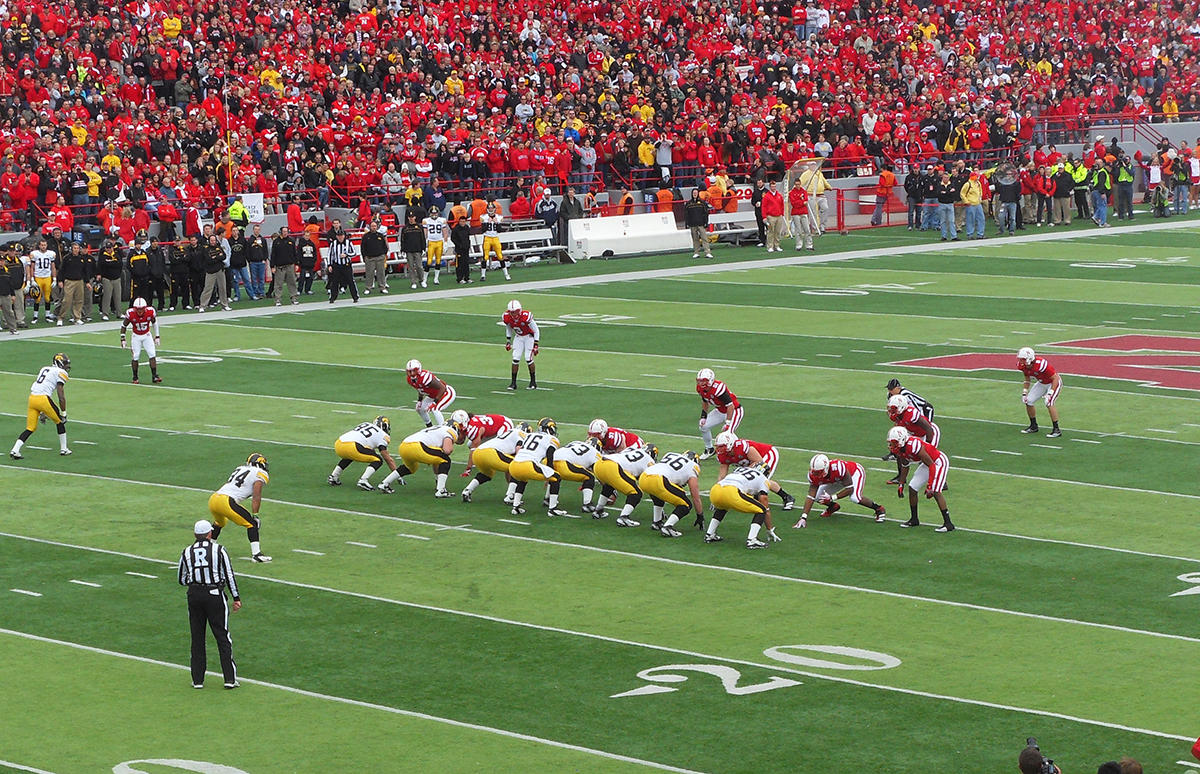 "Iowa wants more Americans to know it’s a good financial decision to be an Iowan. That may not be everything, but in this kind of economy, it sure is something to a lot of people."

Our colleagues in Nebraska had an interesting take on Iowa's recent tax reform success. In an email to its members, Platte Institute CEO Jim Vokal wrote:

"The Nebraska-Iowa rivalry runs deep. Given the proximity of Nebraska’s largest cities, Iowa is usually considered our most comparable neighbor.

And our states do have a lot in common. Nebraskans and Iowans often share family roots or even work across state lines.

Some of our similarities are changing, though. Since the last time Nebraska beat Iowa in football in 2014, the Hawkeye State has begun to transform its tax system from one of the worst, to one of the best.

At that time, Iowa had one of the highest personal and corporate income taxes in the country, and was among the last states levying an inheritance tax, along with Nebraska.

But starting next year in 2023, all retirement income for Iowans age 55 and older will be tax-free. Meaning, if you have a pension, IRA, or deferred compensation plan, Iowa will be as favorable to you as any state with no individual income tax...

And now, legislation signed last week will reduce Iowa’s personal and corporate income taxes each year through 2026, when the state is expected to fully adopt a new 3.9% flat personal income tax. This will give our next-door neighbors what would currently be the 4th lowest income tax among states that have one.

If Nebraska does nothing, a person paying our top tax rate will pay about 75% more tax on every extra dollar they earn compared to their peer in Iowa."

The purpose of Vokal's email was to encourage Nebraska lawmakers to improve their tax code. He ended his message with this great observation:

"Iowa wants more Americans to know it’s a good financial decision to be an Iowan. That may not be everything, but in this kind of economy, it sure is something to a lot of people."

Thanks for those great words, Jim!

So, when will you start saving?

The historic tax reform signed by Governor Kim Reynolds last week is the third major tax reform since 2018. Iowans will save almost $2 billion when all cuts are fully implemented.

So, when will you start saving? Some cuts begin next year and others will take effect over the next four years.

Currently, Iowa has nine tax brackets with a top marginal rate of 8.53%. This will all remain in place for 2022. Starting next year, the number of brackets and top marginal rates will be reduced until there is one flat rate of 3.90%.

Iowa's income tax on retirement income will be repealed in 2023. This includes money received from pensions, 401(k)s, individual retirement accounts, annuities, deferred compensation plans, and similar retirement programs for people who are 55 or older.

Also, beginning in 2023, farmers 55 or older, who have farmed for at least ten years and are retired, can choose to eliminate the tax on cash rent and crop share, or they can choose a one-time exclusion of net capital gains from the sale of farmland.

A tax advisor should be consulted to determine the exact implications of these changes for individual retirees.

Iowa currently has four income tax brackets for corporations, with a top marginal rate of 9.8%. Those will all remain in place for 2022.

In 2023, Iowa's corporate tax rates will begin to be ratcheted down based on a revenue target of $700 million per year. This ratchet effect will continue until Iowa reaches a single, flat corporate tax rate of 5.50%. There is not a set year for full implementation.

In addition to cutting corporate tax rates, the plan reduces several refundable business tax credits. Refundable tax credits are paid to a corporation even if they do not have a tax liability. The most significant credits affected are the:

Why This Tax Reform Matters:

Increased government spending is why taxes increase, and it is a constant battle to control. All levels of government should only collect enough taxes to fund our priorities, not over-fund them.

Property taxes are always a source of frustration. Make your voice heard about local government and at ITRLocal.org.

The best taxpayer protection is winning elections, and our current strong, conservative leadership is not guaranteed to continue. That's why it is so important to elect the right people this fall. ITR PAC is meeting and working with good candidates across the state to keep Iowa moving forward.

Donate online to ITR PAC so our opponents won't own our future.

At the Capitol, we are through one funnel deadline, second funnel deadline will occur at the end of next week. Legislators, state departments, and advocacy groups are trying to advance their issues to keep them alive for this legislative session.