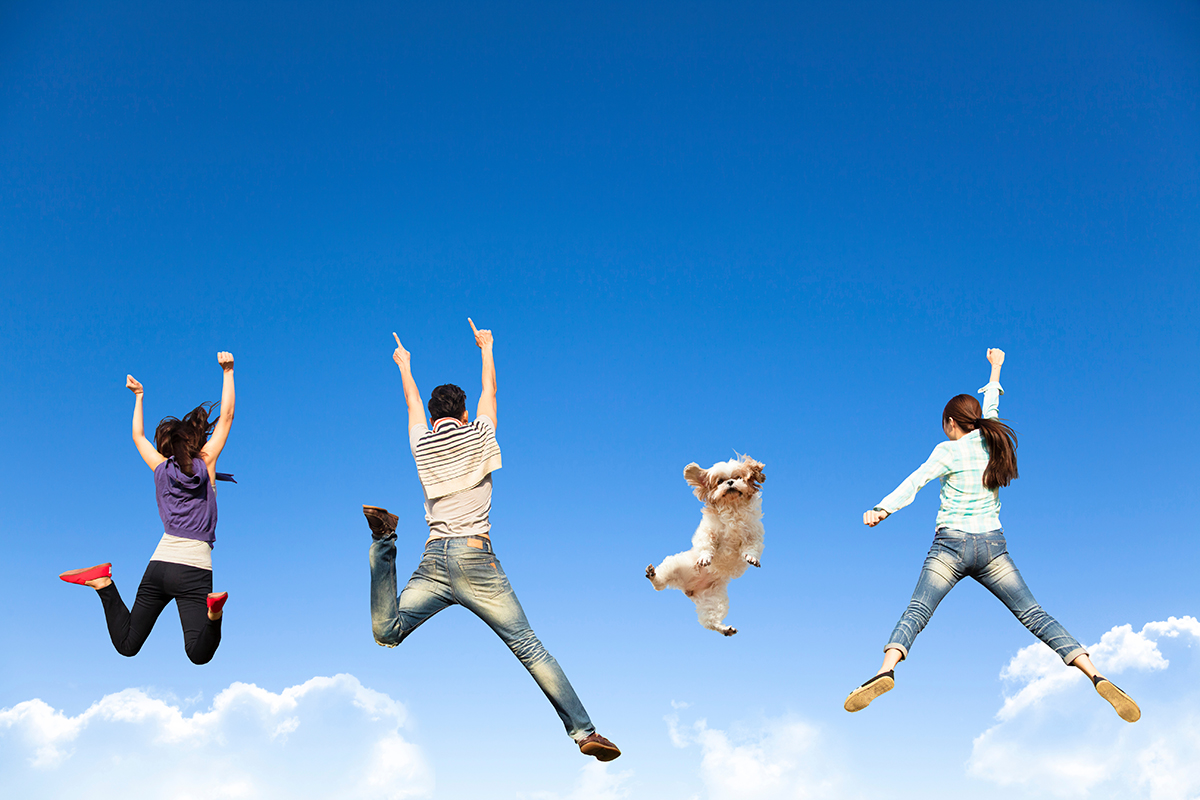 The structural ranking of Iowa’s tax system will leapfrog 31 states and improve from one of the worst to one of the best.

How big is this year’s tax reform package? It's a game-changer.

Don’t just take our word for it: Iowa will leapfrog 31 states in the Tax Foundation's Business Tax Climate rankings when the tax cuts are fully implemented. This jump will propel Iowa from one of the worst tax systems to one of the best.

"When Iowa Gov. Kim Reynolds delivered the Republican response to the State of the Union Address on March 1, she touted a state tax reform package on which the ink was barely dry: 'Today, I signed legislation that eliminates Iowa's tax on retirement income and sets our tax rate at 3.9 percent. That's less than half of what it was just four years ago,' " wrote Tax Foundation's Jared Walczak.

Walczak continued, "The ongoing transformation of Iowa's tax code is certainly remarkable. In 2018, Iowa had a nine-bracket individual income tax with a top marginal rate of 8.98 percent and a graduated-rate corporate income tax with a top rate of 12 percent, both with alternative minimum taxes; an inheritance tax; and a well-intentioned but distortive policy of federal deductibility.

Once current reforms have phased in, Iowa will be able to boast a 3.9 percent single-rate individual income tax, a 5.5 percent flat corporate income tax, and no inheritance tax or alternative minimum taxes. Improvements have been made to the state sales tax base, and several tax credits have been reformed. Additionally—a more mixed bag economically—the state will exempt retirement income and certain farm rental income from taxation." 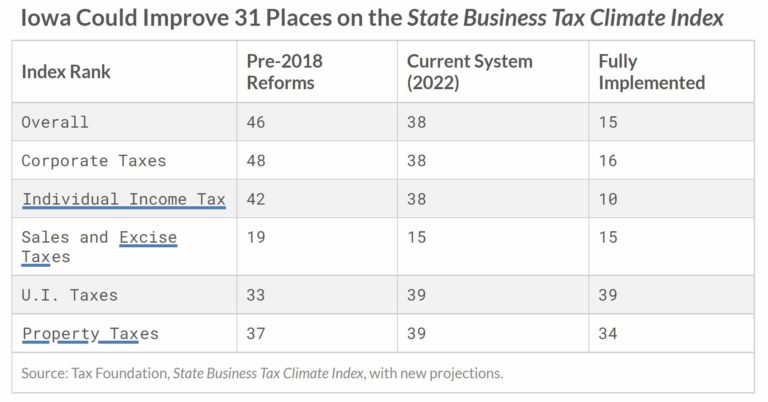 While there are many ways to show how much is collected in taxes by state governments, the Index shows how well states structure their tax systems.

Iowa's improvement of 31 places ties the record for the largest improvement in Index history.

However, the chart also reveals that there is still work to be done. Iowans don't need to be told how broken our property tax system is. We are currently just outside the bottom ten at 39th.

These rankings don't measure how much money will be kept in your pocket (it's significant), but they do clearly show that Iowa will become more competitive.

"There is nothing more vital than seizing the opportunity to return taxpayer dollars back to Iowans. If we pass the reforms that we are talking about, our income tax rate will go from one of the highest in the county to fifth-lowest, and maybe even better, making Iowa one of the most tax-competitive states in the nation. And I believe, a destination for business."