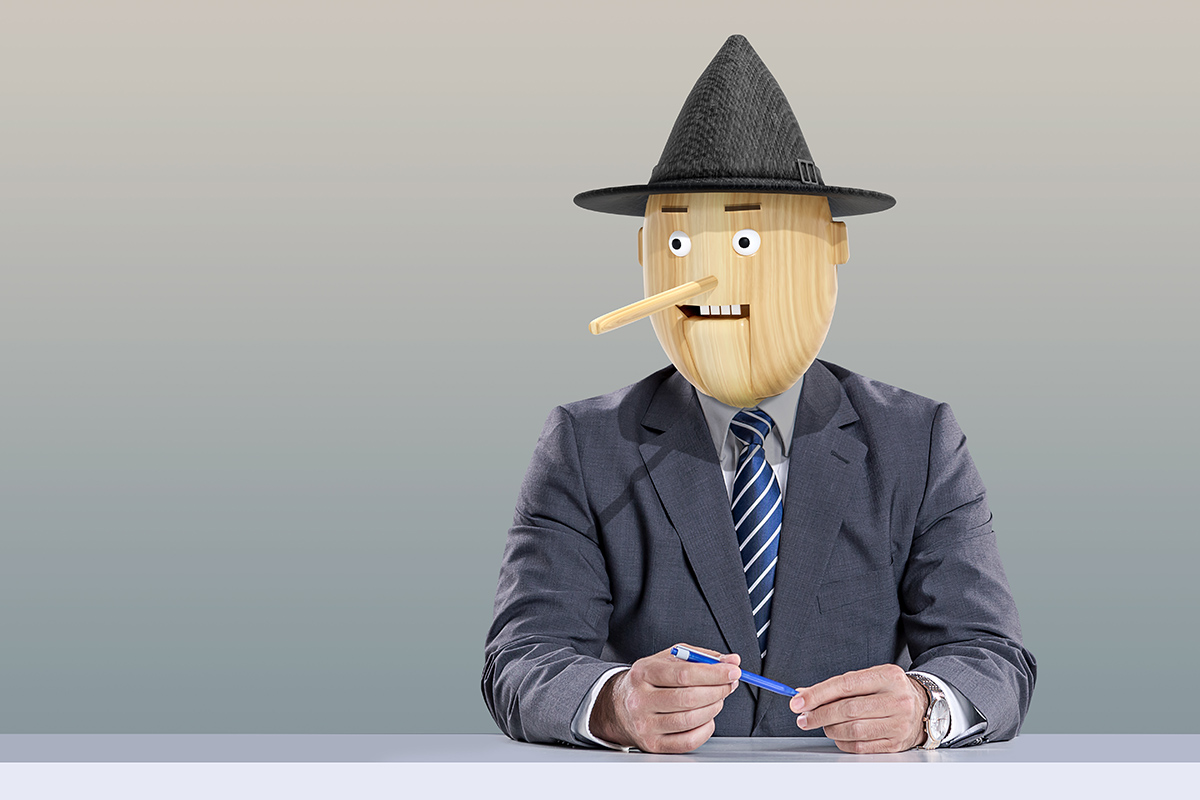 Some far-left economists and editorial boards tried to claim that a 4% flat tax reform plan wouldn’t cut taxes much, or at all, for Iowans on the lower end of the income scale.

When Governor Reynolds released her 4.0% individual flat tax proposal, some far-left economists and editorial boards tried to claim that the reform plan wouldn’t cut taxes much, or at all, for Iowans on the lower end of the income scale.

That claim simply isn’t true. Tax and spend liberals never want to let you keep more of your money, and they will do whatever it takes to stop this proposal from becoming law.

Instead, we used actual numbers and started digging into the details of how the proposed tax code would work.

Iowans for Tax Relief took the governor’s 4.0% flat tax proposal to an Iowa CPA firm. We asked the professional tax preparers there to analyze multiple scenarios that compared 2022’s tax code with the governor's proposal.

Here’s the reality: Iowans across the income spectrum will save significant money, and that savings will be delivered without simply redistributing wealth.

For instance, a single parent working full-time for $15 per hour ($31,200 annually) would save $751 a year. That dollar amount is meaningful, considering the median amount paid for the rent of a two-bedroom apartment in Iowa is around $760. 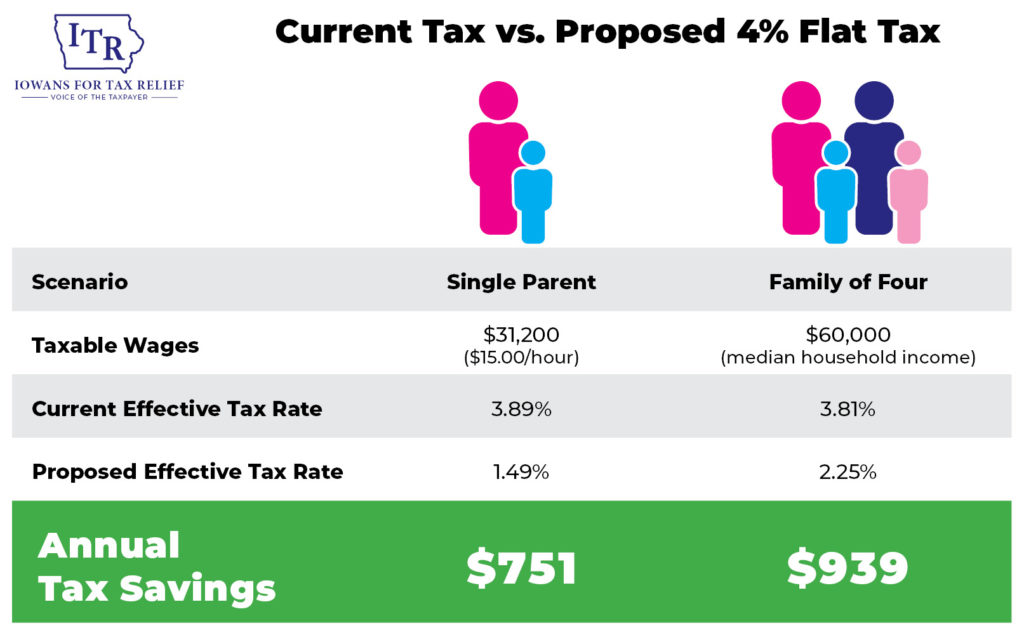 Moving up the income scale, a family of four earning $60,000 (the median Iowa household income) will save $939 annually. Again, this is an amount that will make a meaningful difference in the family budget.

Even with a flat tax, individuals with higher incomes still pay a higher effective tax rate due to items like the standard deduction, though that rate is obviously capped at 4.0%. Iowans at higher income levels would still be paying their fair share. Consider the effective tax rates Iowans would be subject to under the governor’s plan:

While Iowa House Republicans just passed a reform bill with the same 4.0% rate as the governor, Iowa Senate Republicans have proposed an even lower tax rate of 3.6% and are advancing those reforms through their chamber.

Under the Senate plan, savings across the board could be even greater than what our accountants calculated for this analysis.

Check out ITR’s tax plan comparison for details about each tax reform plan.

Tax calculations are tricky and complicated, and no two households are alike. Other analyses and estimates might show different savings amounts, but the bottom line is this: ALL Iowans will pay less state income tax and keep more of the money they earn under the proposals that are moving through the Iowa Capitol.