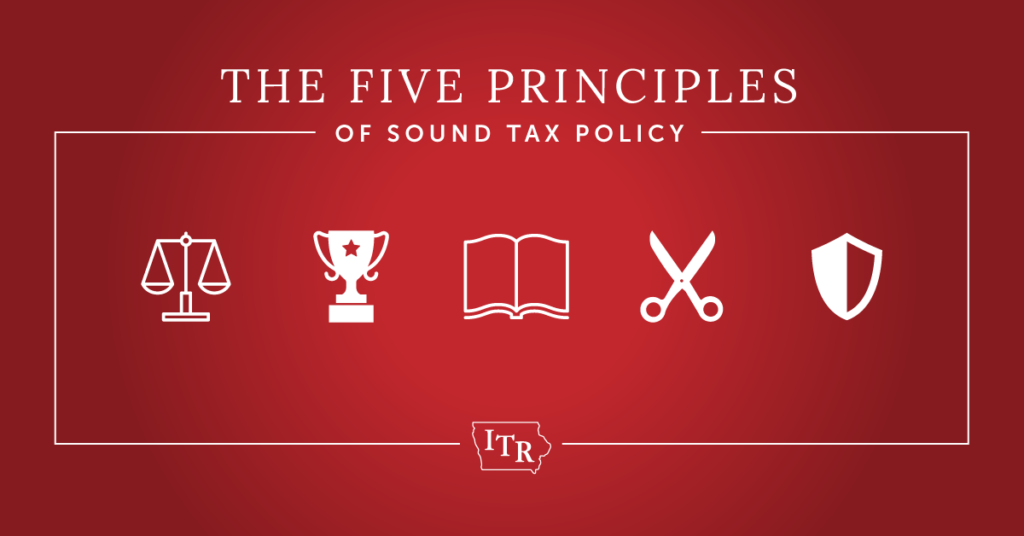 Iowans for Tax Relief (ITR) knows the best way to create economic growth is by decreasing government spending, lowering tax rates for all, and reducing the regulatory burden. This is the economic blueprint that will serve the interests of the taxpayers while creating a better Iowa. David Stanley, ITR founder and a long-time Iowa legislator, often said,

“It is easier for politicians to yield to the noisy special interest groups when the taxpayer keeps quietly paying the bills.”

Whether at the Capitol or across the state, we advocate for a real reduction in the tax burden on households and businesses in Iowa.  But what principles should Iowa’s tax code adhere to?

ITR believes that taxes in Iowa should be:

A tax code that follows these principles while reducing the tax burden on Iowans will allow everyone to keep more of their hard-earned dollars.  This will encourage economic growth and boost additional investment, ultimately providing more revenue to address the priorities of state government.