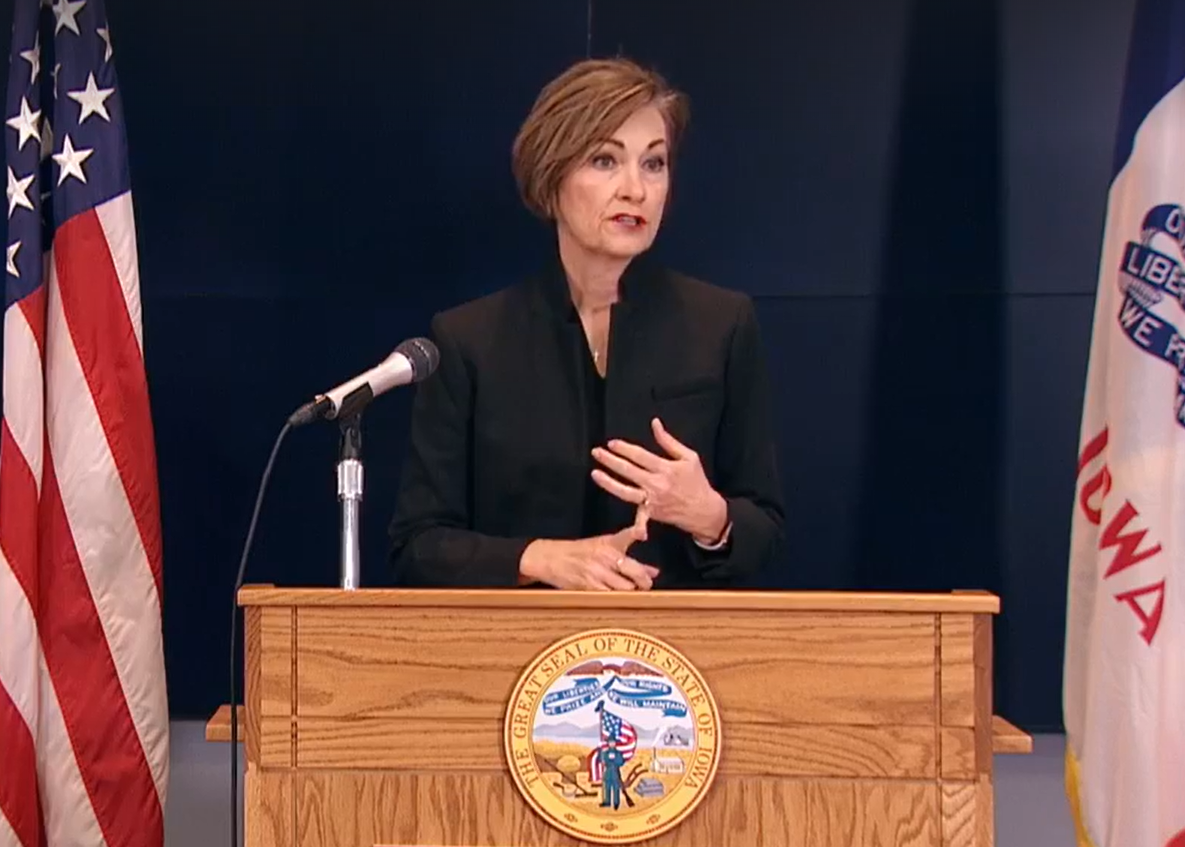 The Iowa Senate unanimously passed a bill that would cut state income taxes and eliminate the inheritance tax. It's now up to the Iowa House to send this excellent legislation to the Governor's desk.

Wednesday, the Iowa Senate unanimously passed a bill that would cut state income taxes and eliminate the inheritance tax--two of ITR's priorities this year.

Governor Reynolds said, “I was pleased that the Senate voted unanimously to remove these triggers and look forward to signing the final bill making these significant tax cuts a reality for Iowans.”

Commenting on the income tax portion of the bill, Senate Majority Leader Jack Whitver said, "One stimulus check wears off in a matter of days or weeks. Permanent tax relief gives small businesses and Iowa families confidence to work and invest in this state. It is a long-term pro-growth strategy to expand career opportunities and help Iowans keep more of their hard-earned money. After today’s vote, I look forward to cutting Iowa income taxes even more in the future.”

With respect to the elimination of Iowa’s inheritance tax, Senate Ways and Means Chairman Dan Dawson said, “Few functions of government are more immoral than the death tax. Iowans pay taxes on their income, their property, their vehicle, their gasoline, and nearly everything they buy for their entire life. Then, after a lifetime of paying taxes, the government arrives and demands another chunk out of the work Iowans have done. I think a lifetime of paying taxes is enough.”

Senator Pam Jochum, ranking member of the Senate Ways and Means Committee explained her support for the repeal of Iowa’s inheritance tax by saying, “[According to the Iowa Department of Revenue,] the vast majority of Iowans who are inheriting money from someone who has died earn less than $80,000 a year. Very much a middle-class family in this state.” She added a personal conversation with a probate attorney, “That attorney said to me, ‘…I do this for a living. I make sure that those who are very wealthy are able to shelter their income so that when they die, they never pay a tax, and the people who are paying it are the people you think you’re protecting.’” She concluded, “So today, I’m actually going to support the bill.”

It's Not Official Yet

It's now up to the Iowa House to send this excellent legislation to the Governor's desk.

However, as we shared last week: Speaker Pat Grassley expressed concern about the Senate’s legislation and said, "We'd like to work towards that, but you know, they may be a little bit more aggressive and we wouldn't be interested at this point."

Well, taxpayers are interested in keeping money in their pockets!

ITR members across the state have sent messages asking legislators to deliver tax cuts. The Iowa Senate listened and took action. Now, it is time for the Iowa House to do the same.

Use the button below to thank your State Senator and tell your Representative to vote for Senate File 576. Iowans deserve to keep more of their hard-earned money!