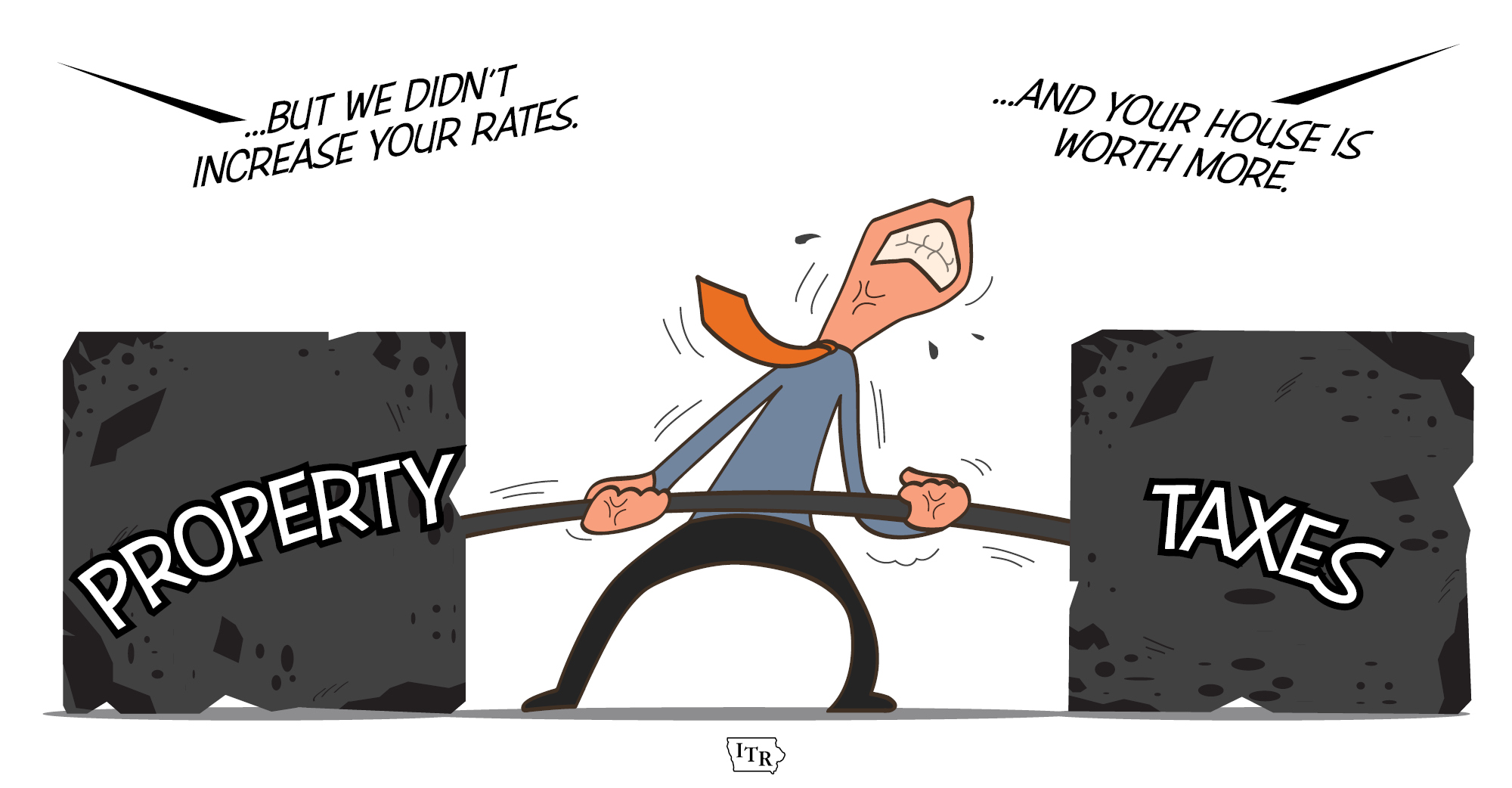 It's reasonable for tax bills to increase in line with inflation and population growth. However, when taxes increase faster than household incomes, families feel the pain.

The Des Moines City Council and Polk County Board of Supervisors have provided two examples of why citizens need to remain engaged with property taxes and talk with their elected officials.

After initially indicating they would reduce their levy by 40 cents, the Des Moines City Council has backtracked and might only reduce it by 10 cents. Even with a 10-cent reduction, property tax revenue would increase by almost seven percent.

How can that be?

The Business Record provided excellent insight into the situation earlier this week, pointing out that the average valuation in Polk County recently increased by over 10%, meaning that if local governments hold their tax rates steady, property tax bills will be going up.

Des Moines City Councilman Joe Gatto was quoted by the Business Record defending the taxpayer, “When residents open up their [property] tax bill, they are going to have a substantial increase even with a 10-cent decrease in the levy. Right now, we can pay for the things we want to do with a rate that’s lower. We have a significant amount of growth. We should be rewarding our taxpayers by lowering that rate; continue doing the projects we have got to do and fix our neighborhoods. … I’m going to have a difficult time voting for just a 10-cent reduction.”

Polk County found itself in a similar situation as Supervisors considered their budget in light of assessments increasing 7.4% across the county. Monday, the DM Register asked the question, "When revenue is up, should elected officials in Polk County get a raise, or should county residents get property tax relief?"

It's reasonable for tax bills to increase in line with inflation and population growth. However, when taxes increase faster than household incomes, families feel the pain.

Elected officials at all levels of government who vote for collecting and spending more money should be able to look a taxpayer in the eye, without a shred of embarrassment, and explain why the government needed the money more than the person who earned it.

Contact your local officials. Let them know where you stand. Make them justify their decisions.