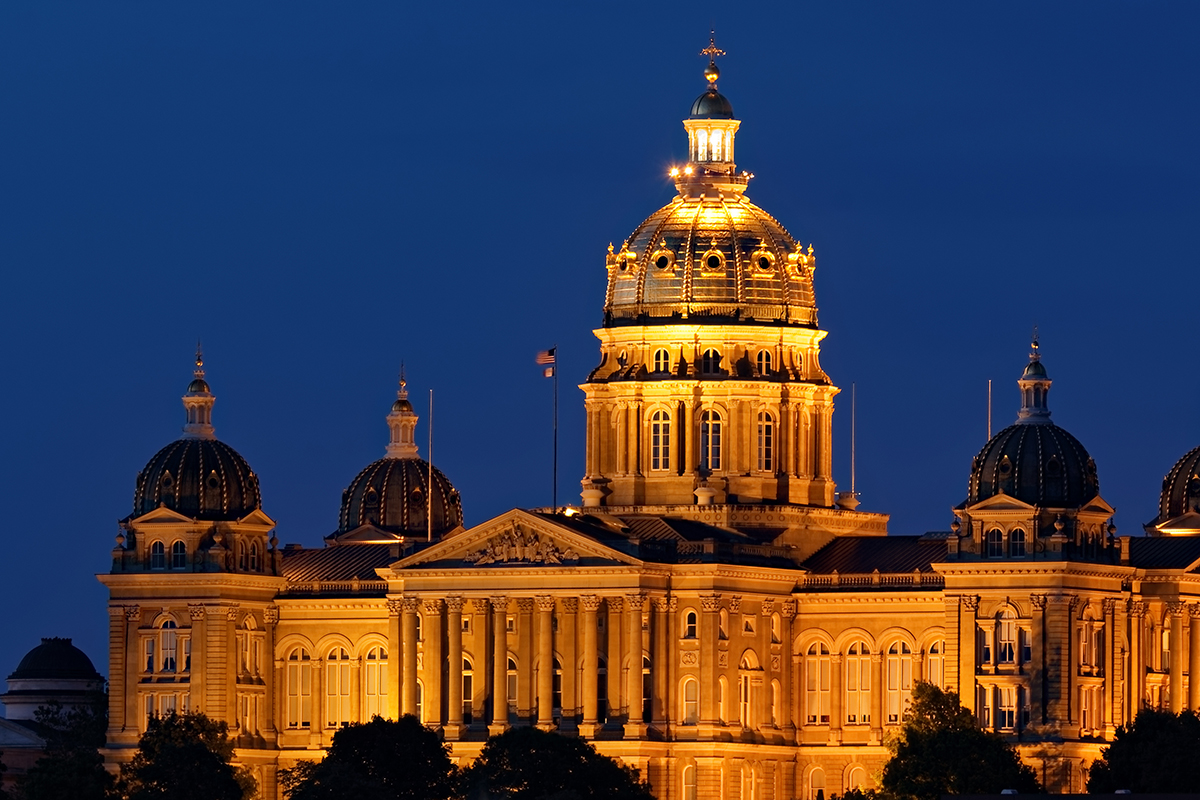 The 2021 legislative session has moved into its final phase in Iowa, with the original 110-day target for adjournment arriving at the end of next week.

Both the House and Senate have begun to advance the various bills which comprise the state budget. Although the two chambers are making progress toward adjournment, it appears their work may not be finished next week and that the legislative session will extend beyond the scheduled completion date.

Wednesday, the House took the first action to send one of these budget bills to the other chamber by passing the Administration and Regulation Budget. The notable appropriation in that bill was $100 million as part of Governor Reynolds's new broadband initiative. The amount of funding for new broadband grants is one of the items that has yet to be decided between the two chambers.

Beyond budget bills, there is another factor that points toward the end of the session every year: movement on tax bills. In addition to cementing future income tax cuts into place, eliminating Iowa’s inheritance tax is a priority of Iowans for Tax Relief this year (here's a link to some of the work we’ve done on that subject). The Iowa Senate unanimously passed a bill accomplishing both of those objectives earlier this year. The House has advanced their own version of inheritance tax repeal through subcommittee by a unanimous bi-partisan vote, and the four Representatives who introduced that bill (Reps. Bloomingdale, Gerhold, Hite, and Thompson) continued to work on inheritance tax legislation this week.

We appreciate the many members of the Iowa House and Senate who have expressed interest in eliminating Iowa's inheritance tax or introduced legislation to do so this year. Both chambers appear committed to sustainable, balanced budgets that respect the taxpayer. We remain optimistic that the legislature will also take the next step and let Iowa taxpayers reap the reward for this fiscal stewardship by enacting meaningful tax reforms this year. ITR looks forward to continuing conversations around these issues with legislators as tax and spend issues take center stage in the closing days of the legislative session.