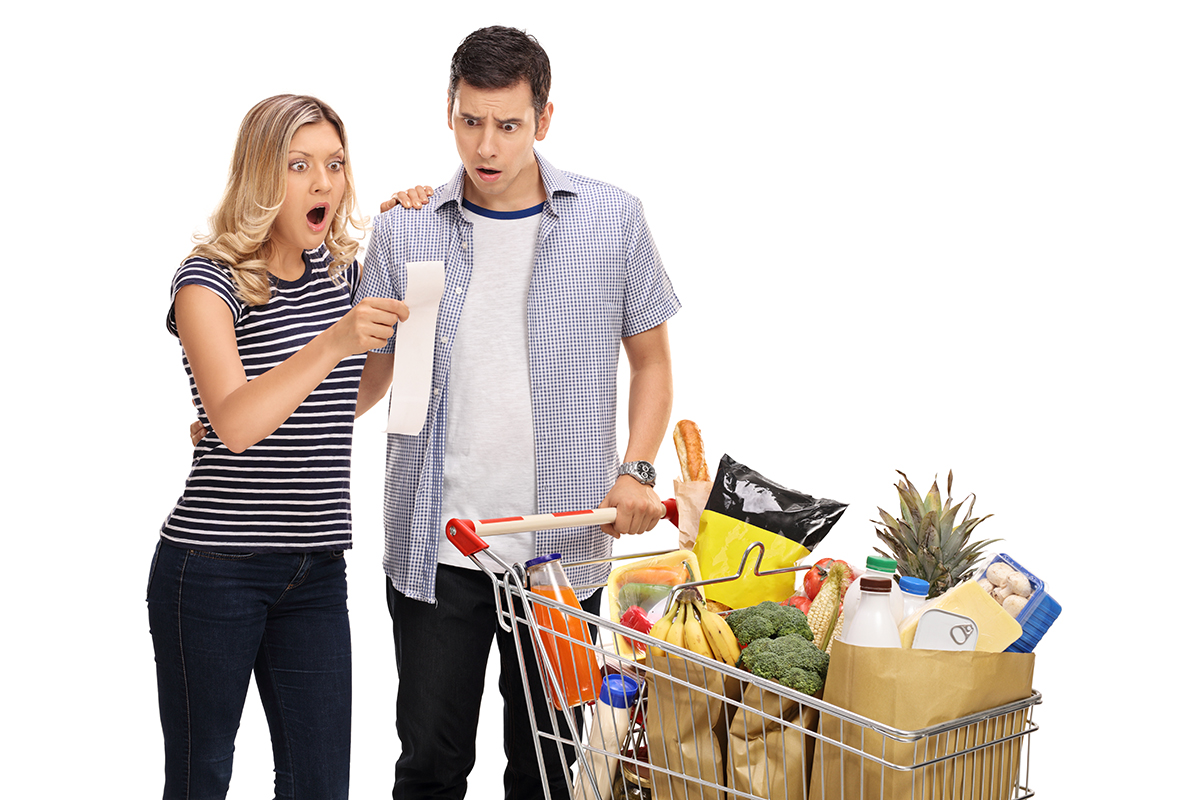 Inflation acts as a hidden tax because we don’t see it listed on our tax bills, but we sure see less money in our bank accounts. The policies from the Biden administration’s excessive government spending and the Federal Reserve’s money printing must correct course now before things get worse.

Americans have less money than they had last year—though taxes haven’t been raised. So what’s the problem? Inflation, which has increased at a 40-year high annual pace of 7.9%. It acts as a hidden tax because we don’t see it listed on our tax bills, but we sure see less money on our bank accounts.

In fact, inflation-adjusted average hourly earnings for private employees are down 2.8% over the last year. This means a person with $31.58 in earnings per hour is buying 2.8% less of a grocery basket purchased just last February. “For a typical family, the inflation tax means a loss in real income of more than $1,900 per year,” stated Joel Griffin, a research fellow at The Heritage Foundation.

The hidden tax of rapid inflation has been avoided for four decades. But that’s understandable because we haven’t seen these sorts of reckless policies out of Washington since the Carter administration.

The policies from the Biden administration’s excessive government spending and the Federal Reserve’s money printing must correct course now before things get worse.

What’s causing inflation is being debated.

One claim is “Putin’s price hikes” stem from the Russian president’s invasion of Ukraine.

While this has contributed to oil and gasoline prices spiking recently, these prices—and general inflation—were already rising rapidly. This was because of the Biden administration’s disastrous war on fossil fuels through increased financial and drilling regulations, cancelation of the Keystone XL pipeline, and more.

Specifically, the price of West Texas Intermediate crude oil is up about 110% since Biden took office, yet only up 21% since Russia invaded Ukraine. And to think, the U.S. was energy independent in the sense that it was a net exporter of petroleum products in 2019.

Another claim is the supply-chain crisis.

These two claims will likely be transitory price increases, though not sufficient to drive down overall inflation to what we’ve experienced for the last year-plus.

Inflation is persistent because of rampant government spending and money printing.

Larry Kudlow, who served as the director of the National Economic Council for President Trump, stated that inflation “is destroying working folks’ pocketbooks and devaluing the wages they earn, and the root cause of the inflation is way too much government spending, too many social programs without workfare, and vastly too much money creation by the Federal Reserve.”

Both political parties share the blame for too much government spending, which has caused the national debt to balloon to $30 trillion. Just over the last two years, the debt has increased by 25% or $6 trillion.

While some of that may have been necessary during the (inappropriate) shutdowns in response to the COVID-19 pandemic, much of the nearly $7 trillion passed in spending bills was not, especially the trillions by the Biden administration far after the pandemic had slowed and people were returning to work.

Laughably, Speaker of the House Nancy Pelosi recently argued that government spending is helping inflation and President Biden argued that he’s cutting the deficit. Both are false.

Government spending doesn’t change inflation because it just redistributes money around in the economy. And the deficit would only be rising from Biden’s big-government policies but he’s taking advantage of an optical illusion: one-time COVID-19 relief funding drying up and tax revenues rising partially from the effects of inflation.

Ultimately, the driver of inflation is from discretionary monetary policy by the Federal Reserve as it monetizes much of the $6 trillion in added national debt since early 2020.

The Fed did this to keep its federal funds rate target from rising above the range of zero to 0.25% by more than doubling its balance sheet to $9 trillion. More money is fueling the ugly government spending and bubbly asset markets that’s resulting in dire economic consequences.

Instead, we need to learn what Presidents Harding and Coolidge realized a century ago. This would mean a return to sound fiscal policy, monetary policy, and the dollar that built on the principles of America’s founding.

We need binding fiscal and monetary rules to hold politicians and government officials in check if we hope to tame inflation and return to prosperity.

Vance Ginn, Ph.D., is chief economist at the Texas Public Policy Foundation and is the former associate director for economic policy at the White House Office of Management and Budget, 2019-20.