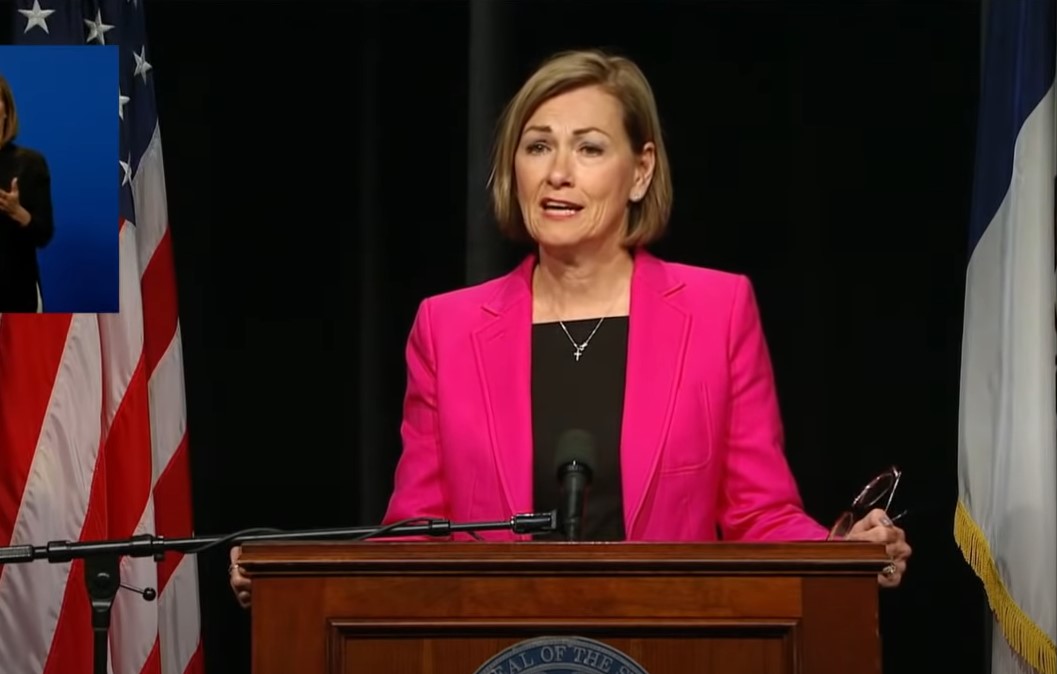 If legislators can’t follow the governor’s lead on taxes, they are sending a very clear message to Iowans that increasing government spending is more important to them than letting Iowans keep more money in their own pockets.

State and local government in Iowa takes too much of your money and Iowans for Tax Relief wants to change that. The good news is tax discussions are taking center stage within the Iowa Capitol as the end of the legislative session approaches.

With the goal of providing a compromise among competing ideas about tax relief, Governor Kim Reynolds presented both chambers with her own tax plan this week.

At a news conference Wednesday, Governor Reynolds outlined the contents of her legislation and said, "Iowa has never been in a better position to take tax burdens off the backs of Iowans and invest state revenue to sustain critical and important services. Now's the time to come together and take action, and that's exactly what I'm asking the House and the Senate to do in the remaining days of the legislative session."

ITR works for lower taxes and less government spending so that politicians will get their hands out of your wallet. In recent years, the Iowa Legislature has taken steps toward that goal. This year, taxpayers expect elected officials to continue that progress.

The foundation of the governor's plan would deliver many items ITR has been working on for years:

The 2018 tax reform law was a good start to reducing Iowa's high-income tax rates. However, the most significant tax cuts from that bill have yet to be implemented. Removing all revenue hurdles would ensure those planned cuts go into effect.

For most Iowans, there isn't a more frustrating tax in Iowa than property taxes. It is too easy for local governments to ride the wave of increasing property values as they vote for bloated budgets. In Governor Reynolds’s plan, the $100 million mental health levy would be completely eliminated from county property taxes and fund mental health services through the state's budget.

The Iowa inheritance tax takes around $110 million from taxpayers each year. The House, Senate, and Governor Reynolds agree that it's time to bury this tax. They just differ on how long it should take. Governor Reynolds has proposed a three-year phase-out.

Based on 2013’s property tax reforms, Iowa’s state government “backfills” local governments. More than $152 million is paid to cities, counties, and school districts each year, despite the fact that many local governments are now collecting more tax dollars than they did before those earlier reforms. Governor Reynolds says now is the time to do this because of how much local government budgets have grown and because of the influx of federal funds being distributed through coronavirus stimulus packages.

Senate Majority Leader Jack Whitver said the governor's plan is "the path to adjournment" for this year's session. "I appreciate the leadership from Governor Reynolds and her proposal of a thoughtful, pro-growth compromise on Iowa tax policy," Whitver said. "Senate Republicans are supportive of her proposal, and we will be taking action on it in the coming days."

Taxpayers expect conservative leaders to prioritize family budgets over government budgets. If legislators can’t follow the governor’s lead on taxes, they are sending a very clear message to Iowans that increasing government spending is more important to them than letting Iowans keep more money in their own pockets.