Now There Are Two

For many weeks, we have written extensively about the Iowa House GOP property tax reform plan. On Tuesday, the Iowa Senate released their proposal, and by Thursday afternoon, the bill had been passed out of the Senate Ways and Means Committee.

With 10 business days left until the scheduled end to the legislative session, both chambers have their property tax reform proposals past the committee process and, theoretically, ready for debate on the floor.

Iowa’s House and Senate will have to reach an agreement and pass identical legislation before a final bill can be sent to the Governor.  Iowans for Tax Relief believes amendments will most likely be added to both bills before they pass out of either chamber, but as of today, here is a summary of how they compare: 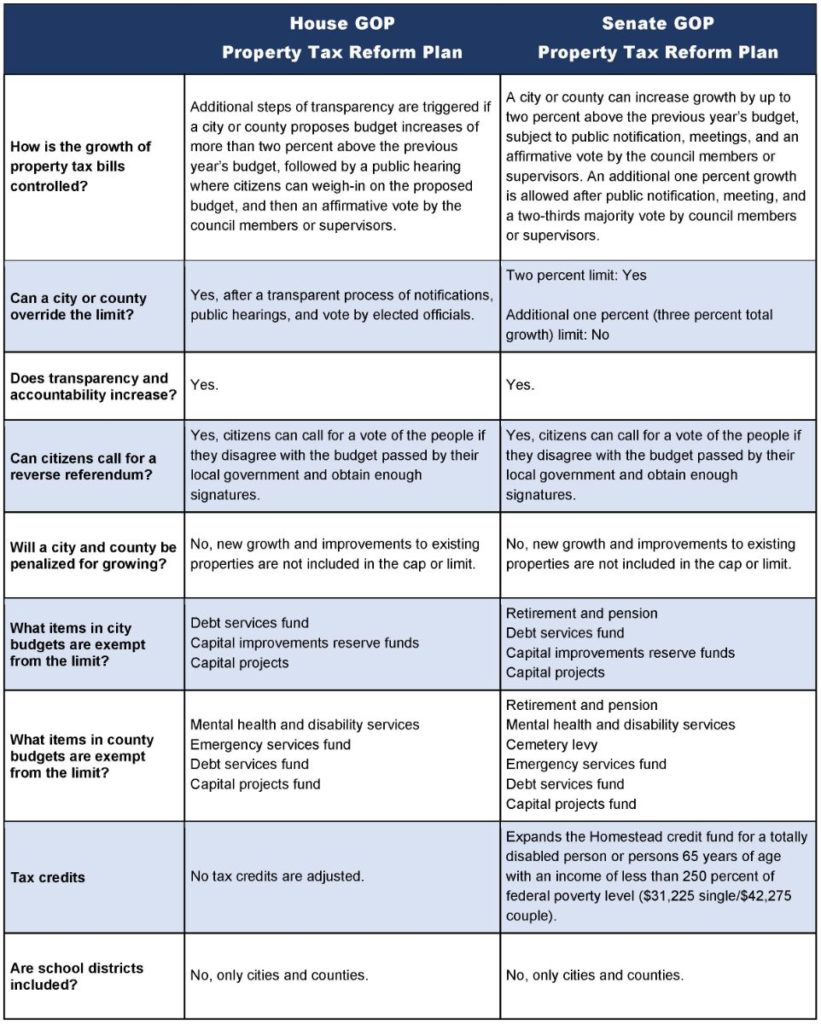 The details of these bills matter a great deal.  ITR will continue to meet with legislators to ensure that large assessment increases no longer automatically lead to large tax increases.  More transparency and accountability should be brought to the budgeting process of local governments.

Iowa House and Senate Republicans have agreed on spending $7.643 billion in Fiscal Year 2020.

After one-time spending is accounted for, the 2020 General Fund budget will spend $197.2 million more than Fiscal Year 2019.

In a Cedar Rapids Gazette article, Senate Majority Leader Jack Whitver said leaders of the House-Senate budget subcommittees would go through their appropriations line by line and plan to have drafts ready for legislators to debate next week. 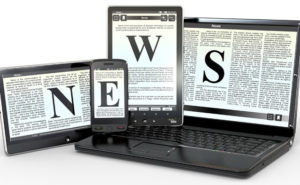 Did you see ITR in the news this week? In case you missed it, we had articles in multiple state-wide publications.

Hendrickson argues the most effective policy to control the growth of property taxes is to focus on local government spending and making sure there is more accountability and transparency.

The best way to provide long-term property tax relief is to control the growth of government at the local level and establish a strong truth in taxation measure.READ MORE

Taxpayer dollars should not be used for lobbying, and the Iowa Legislature should promptly prohibit lobbying and ballot-issue activity by any organization that receives taxpayer dollars. While it is argued that lobbying is a form of free speech protected by the First Amendment of the Constitution, those rights are for citizens and not government itself.

SSB 1261 doesn’t prohibit the use of taxpayer dollars for lobbying—it simply provides transparency so people can clearly see how and for what their dollars are being used.

If lawmakers decide that more money is needed from the incomes of families and businesses across the state, it is a decision that should not be taken lightly. Requiring a two-thirds majority vote by the legislature to raise income taxes is a commonsense protection that puts taxpayers before the noisy special interests that are constantly asking for a bigger piece of their paychecks.

“This is just a step that Iowans can take to say let’s put some brakes on the spending and put some of this decision-making power where it belongs — with the people who actually pay the bills.” – Sen. Jim Carlin in the Cedar Rapids Gazette

Strong whistleblower protections are necessary to defend taxpayer dollars. This bill extends Iowa’s current whistleblower protections to public sector employees who report suspected wrongdoing to their human resources director and mandates training for new public employees on the procedure for reporting. Fear from the repercussions of reporting wrongful expenditures of public dollars can lead to silence, which may result in the ongoing misuse of your tax dollars. Public employees acting in your best interest deserve to be protected for bringing corruption to light.

No Change From Last Week:

This bill provides additional oversight of Medicaid and other public assistance programs. It is important that regular audits are conducted to ensure benefits are applied only to those who truly need the services in order to safeguard taxpayer dollars. Other states that have implemented Medicaid recipient audits found considerable fraud. Louisiana, for example, randomly checked 100 Medicaid recipients and discovered that 82 of them no longer qualified for benefits. READ MORE

Your Opinion Matters! Email Your Legislators

We Need Your Help! Join Us.