ITR was founded in 1978 by a longtime legislator named David Stanley. When Dave retired from the legislature after serving as Senate Majority Leader, he remarked that it was always easier for politicians to yield to the noisy special interest groups as long as the taxpayer kept quietly paying the bill.

With that sentiment in mind, ITR still strives to give the taxpayer a voice at the Iowa Capitol, reminding legislators to continue to work for the families and businesses in their districts and not the groups at the Capitol asking for more of your tax dollars.

Elections have consequences because elected officials decide how to spend your hard-earned income that is collected as taxes.

Fortunately, the best taxpayer protection is winning elections.  So make sure you vote in this primary election and in November!

Below are recordings of candidates from two districts who are interviewing for the job of representing their neighbors at the Capitol.  These are forums, not debates.  The candidates are speaking directly to you, their constituents, not to each other, and not to ITR.  We are only here to facilitate a discussion so you all can learn what kind of legislator these candidates hope to be. 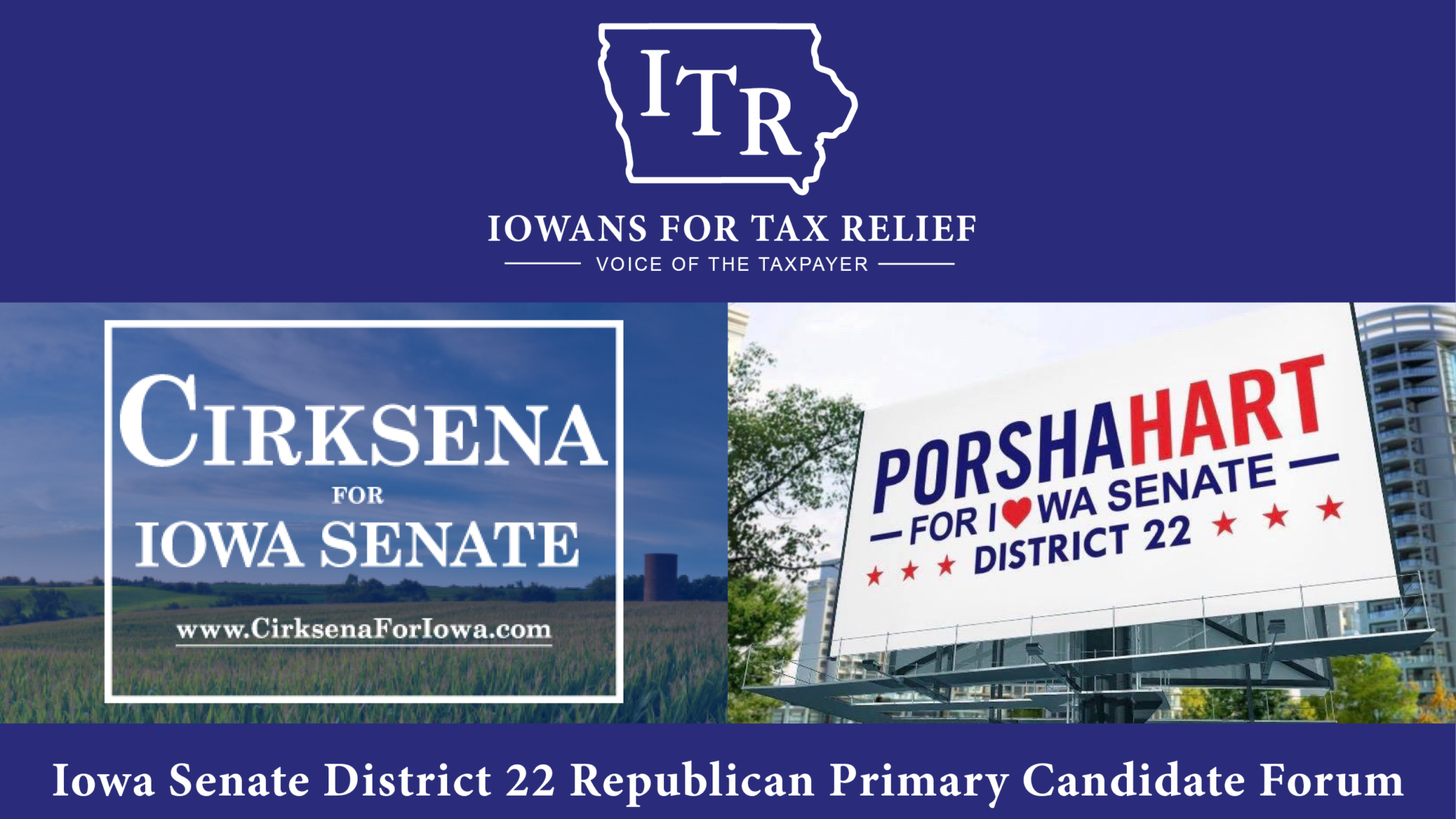 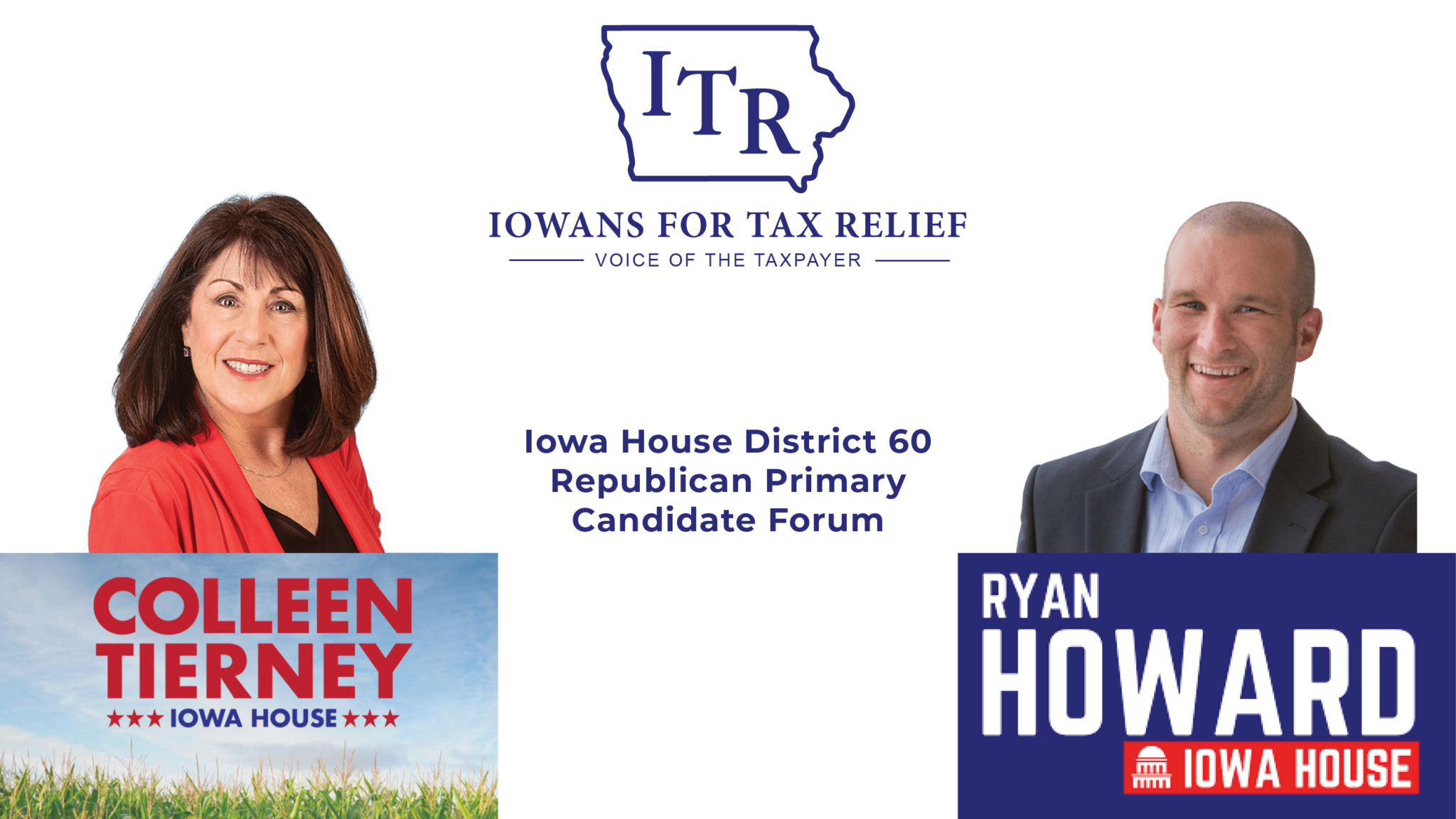 (Cedar Falls, Hudson, and some of rural Black Hawk County)

Listen to the recorded forum