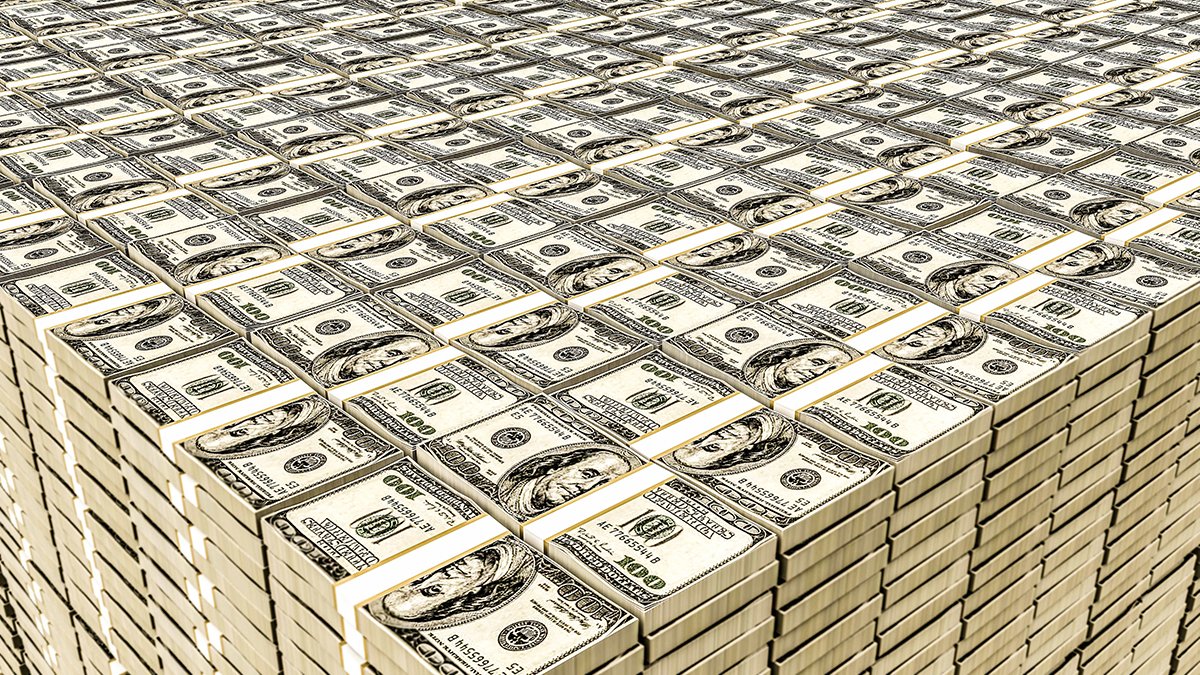 Iowa collected $1 billion more in taxes than it did the year before. That growth in the state’s bottom line makes two things crystal clear: Iowa’s economy is stronger than ever, and our taxes are too high.

“A billion here, a billion there, and pretty soon you're talking real money."

When U.S. Senator Everett Dirksen noted that a billion here and a billion there quickly added up to real money, he had the federal budget in mind. But the late Senator would have been correct if he were talking about Iowa’s taxes, too.

The State of Iowa’s Fiscal Year 2021 ended on June 30, with our state collecting $1 billion more in taxes than it did the year before.

That growth in the state’s bottom line makes two things crystal clear: Iowa’s economy is stronger than ever, and our taxes are too high.

Net general fund receipts in the State of Iowa were up $1.14 billion in Fiscal Year 2021, which equates to a 16.3% year-over-year increase in revenue for the state coffers.

To say that growth was a surprise to some within the Capitol would be an understatement. When the Revenue Estimating Conference met in March, they predicted an increase of only 1.8% for 2021, which would have been nearly $1 billion less than what the state actually collected. While final totals may change slightly before the books for 2021 are officially closed in September, it’s safe to say we are now talking about real money.

Before anyone tries to credit this growth to dollars from Washington, it is important to know that none of the federal COVID relief aid that was appropriated to the state is counted in this $1.14 billion. Iowa’s reserve funds have also remained full. Simply stated, this growth confirms that Iowa is doing better than ever before, and we are paying too much in taxes.

Governor Reynolds and the Iowa Legislature took a great first step to address this massive increase in state tax receipts this spring.

By passing and signing Senate File 619 into law, they have delivered the largest income tax cut in Iowa history, while also phasing out Iowa’s inheritance tax. But the debate about how to cut taxes cannot end here.

Recognizing the need for further tax relief even as she was signing this year’s tax reforms into law, Governor Reynolds said:

“Today’s legislation ushers in a new era of growth and opportunity in Iowa. But we are not done yet. Next year, I’ll be proposing additional income tax cuts as we continue to make Iowa the most attractive place in America to open a business, raise a family, and start a career.”

In case you are wondering, the tax cuts that go into effect in 2023 will likely only amount to a third of this year’s growth, demonstrating that further tax relief is not only possible, but it will be sorely needed.

The responsible budgeting principles of legislative leaders and Governor Reynolds created the opportunity to cut taxes.

While Governor Reynolds recognizes the need for continued tax relief as state revenue soars, the Iowa House and Senate must pass legislation to deliver the future tax cuts for which the governor is asking.

With a strong economy and growing tax collections, funding government spending priorities and cutting taxes are both possible, and no politician should tell you otherwise.

In the words of our founder, Dave Stanley, “It’s easy for politicians to yield to the noisy special interests as long as the taxpayer keeps quietly paying the bills.”

Inaction on your part will foster inaction on theirs.