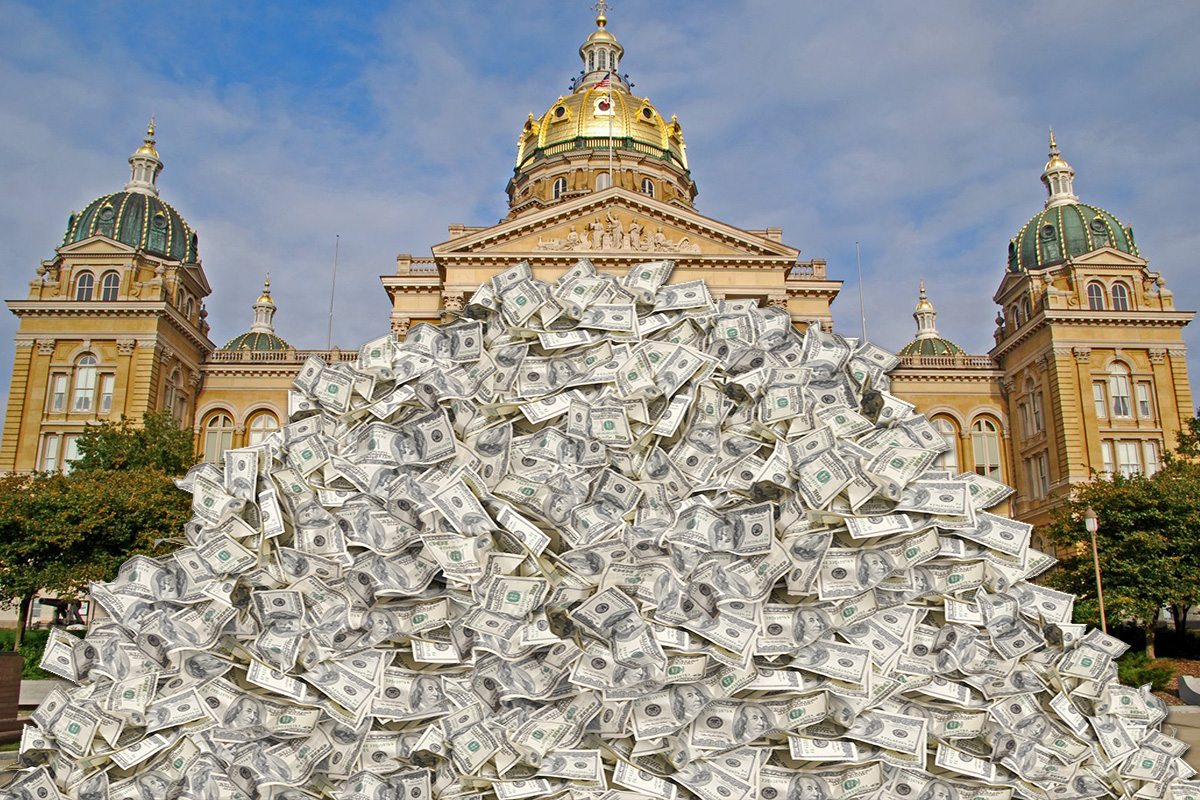 With such a large balance in the Taxpayer Relief Fund, a substantial tax cut could be made at once, followed by additional, phased-in rate reductions in the years to come.

Did you know the state of Iowa has a fund called the Taxpayer Relief Fund? It’s true, that’s the actual name. While we are fans of almost everything with “tax relief” in its name, that’s not even the best part.  Right now, that Fund has a balance of $1.1 billion. But it gets better: by the end of the next fiscal year, the Taxpayer Relief Fund is projected to have an ending balance of $1.8 billion! Before we dive too deeply into what’s possible, we need to tell you how we got here.

In 2011 the Iowa legislature created the Taxpayer Trust Fund, which was enacted to capture excess revenues to be used for income tax relief. Some lawmakers at the time believed that this would be the best way for surplus tax collections to end up back in the pockets of taxpayers and not used for more state-level spending.  The Taxpayer Trust Fund was originally capped at $60 million, and Iowans received their tax relief through a credit on their state tax return each year when there was a balance in the Fund.

The 2018 tax reform law brought changes, as the Taxpayer Trust Fund was renamed the Taxpayer Relief Fund and the $60 million cap was removed. In addition, no longer would taxpayers see an automatic return of the excess revenue through their state income tax reform as a credit, but rather the legislature is now tasked with returning those dollars through tax relief measures of their choosing.  It’s also important to note that dollars can only flow into the Taxpayer Relief Fund after the Cash Reserve Fund and Economic Emergency Fund (sometimes collectively referred to as Iowa’s “Rainy Day Funds”) have been statutorily filled.  Both of those funds have met that requirement and hold a combined $800 million.

Several years of budgeting restraint and booming tax receipts have delivered large surpluses to Iowa, including this past year, when our General Fund finished with a $1.24 billion budget surplus. Governor Kim Reynolds and Republican legislative leaders are stating that tax reform will be a priority for the 2022 legislative session. Lawmakers have yet to publicly release any tax reform proposals, but the large surplus presents a historic opportunity to return the money back to taxpayers through substantial and permanent rate reductions, rather than a through one-time credit or cash payout.

The Revenue Estimating Conference (REC) is tasked with estimating Iowa’s annual revenue.  When the REC met in October, it forecasted continued revenue growth for both Fiscal Years 2022 and 2023. This expected growth in state tax collections is why the Taxpayer Relief Fund is projected to increase to at least $1.8 billion by the end of the next fiscal year.

Over a billion dollars in the Taxpayer Relief Fund represents a historic opportunity to enact comprehensive, pro-growth tax relief. The legislature has a responsibility to return this money to the taxpayers—after all, it was their money to begin with, and the state took more than it needed. Any tax reform should ensure that all Iowans receive tax relief, instead of targeting it to certain classes of taxpayers.

Navigating tax reform is never easy, but policymakers can use several strategies to build on the rate reductions that have been instituted in Iowa since 2018. With such a large balance in the Taxpayer Relief Fund, a substantial tax cut could be made at once, followed by additional, phased-in rate reductions in the years to come. Both Indiana and North Carolina have phased-in cuts to lower rates and lighten the tax burden for families and businesses over time.

Iowa has a tremendous opportunity to enact pro-growth tax reform that will make our state more attractive to businesses and individuals.  In our competitive, global economy, tax rates matter. This year alone, Iowa was one of 15 states that passed income tax reforms.  If Iowa’s leaders don’t continue to make progress in reducing our rates and making Iowa more competitive, other states will likely pass us by.  Governor Reynolds and the Iowa legislature should carry on the good work they’ve begun and map out a path to continued rate reductions.